Gullible is Joseph Robert’s latest flash fiction piece, published today in Farther Stars. Farther Stars is a magazine dedicated to Science Fiction. Whilst Gullible can be read as an intergalactic piece, it can also work as a satire of more down-to-earth workplaces, albeit full of ‘space-cadets’. 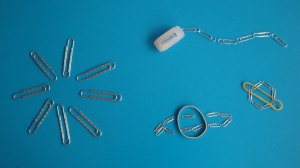 The story is applicable to any bureaucratic company where there is more of an emphasis on hierarchy than productivity. Take the bigwig in Gullible: Frere Tizzavum Krieg-Sensei. We know the type; ladder-climbing, rule following (except when it applies to them), secretly money-fiddling, overly critical-of-their-employees type of people. And as with any dysfunctional and badly managed workplace we have backstabbing, the exchange of disingenuous niceties, the trivial dramas and the resulting gossip that spreads like wildfire around the company. Haven’t we all been there? Don’t exasperated minions get tempted at times to plant a false rumour just to see how far it gets distorted as it is carried from one ‘nescient slime ball’ to another? And then we have the politically correct insults and the polite smattering of laughter as some poor scapegoat, perhaps like the underdog Nuba in Joseph’s story, get targeted for being prejudiced, or anal retentive, or whatever suits the current atmosphere. Of course, all the while the poor bugger thinks everyone is interested in whatever mundane story about their non-existent life outside work that they might possibly tell!

Farther Stars is one of a few magazines run by editor Earl Wynn. One of my own literary weirdos, The Fossil Wars, appeared in Linguistic Erosion, his magazine for ‘Flash fiction without boundaries’. The other magazines are: Yesteryear fiction, Weirdyear and Smashed Cat.